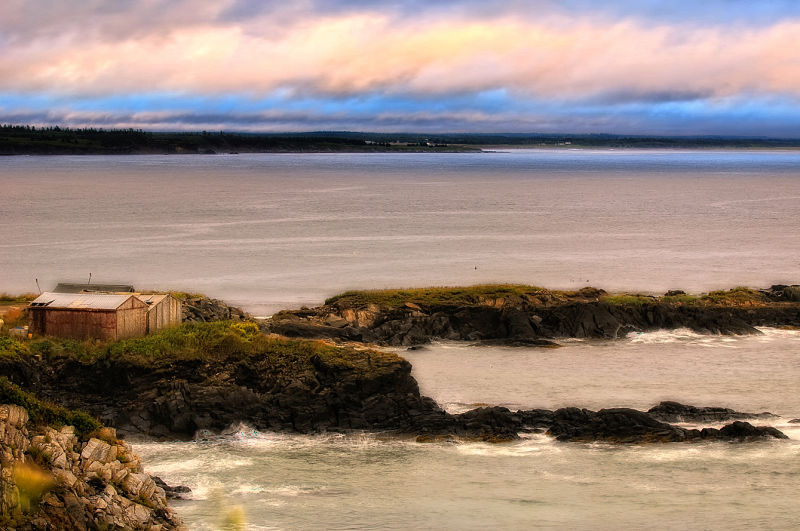 Previous Next
← previous day next day →

The cape at sunset.

Posted by Phil (halifax, Canada) on 28 August 2011 in Landscape & Rural and Portfolio.

I've always loved the small villages on the shores of the martime provinces. Isolated (or almost) outposts where someone chose to live and fight the sea and land for sustenance and survival. I like to look at this picture and imagine what it would be like to awake in the midst of this scene every day. Amazed at the beauty when it was nice like this.

But I also like to imagine a stormy day or night...when the waves would break on the rocks with roars and spray over the houses and sheds. When the wind would howl and pull at and shake anything man built. Surely at times like that the people must wonder why they chose such areas to build and settle in?

Sure was pretty that evening though!

5 stars for this one : processing and PoV